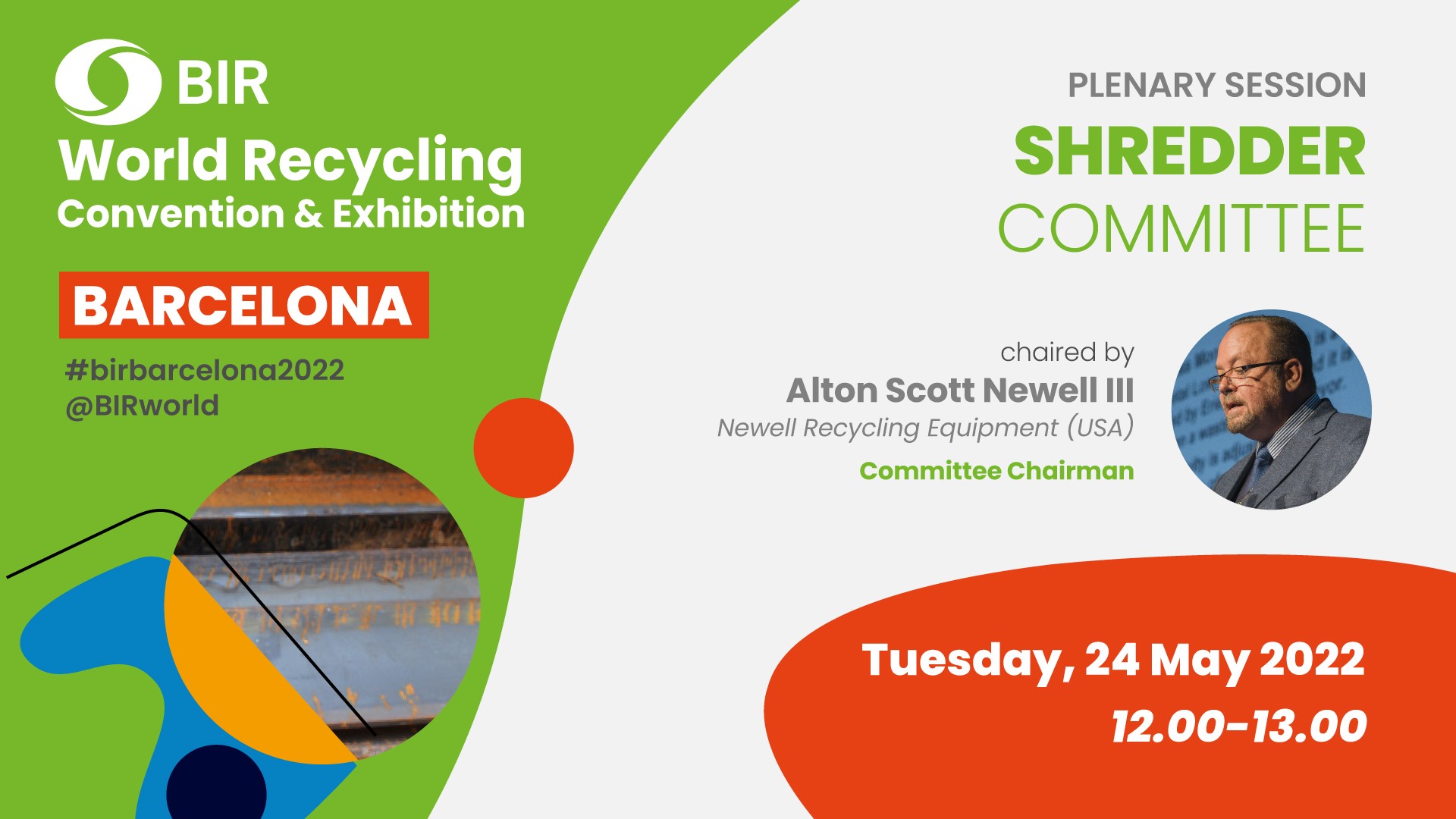 The shredder industry was continuing to grow - not least because of the important part it was able to play in achieving decarbonization goals, declared Scott Newell III of US-based Newell Recycling Equipment in his opening comments to the BIR Shredder Committee meeting in Barcelona on May 24.

In providing an update of the World Shredder List, the Committee’s Chairman noted that the global population of shredders of 1000 HP or more had reached 1164, including 334 in the USA, 327 in China and a further 253 across the European Union and European Free Trade Association countries.

Growth was also reported in the number of responses to BIR’s shredder safety survey for 2020/21, which was aimed at protecting health and safety through the confidential analysis of incident and accident data from around the globe. According to the world recycling organization’s Trade & Environment Director Ross Bartley, this increase in responses could be attributed in part to extending the survey platform to include Chinese, French, German and Spanish versions, having previously been available only in English. “We have seen an increase in responses, and responses have been received in all these languages,” he said. “This shows the benefit of the multilingual approach.”

While the report had yet to be finalized, Mr Bartley offered some glimpses of its findings: accidents and incidents were split evenly across production and maintenance activities; “struck by” and “slips, trips and falls” emerged as leading sources of injury; and both mill maintenance and picking operations were high on the list of tasks being performed when the accident/incident occurred. He also noted that fractures, contusions and eye issues featured prominently on the list of injuries - information that could potentially assist shredder owners and operators when assessing personal protective equipment needs, he pointed out.

The BIR Shredder Safety Report 2020/21 would be launched in the coming months, said Mr Bartley. With BIR now in a position to open up the platform for the 2022 survey, he urged all shredder owners and operators to participate.

Frederick Thoma, Head of Sales at Lybover AIR, explained that his company had implemented the products of German-based Keller Lufttechnik in a number of dust extraction projects, including the Keller Ultra Filter + Activated Carbon for VOCs which, he said, met the various emission limits set across Europe.