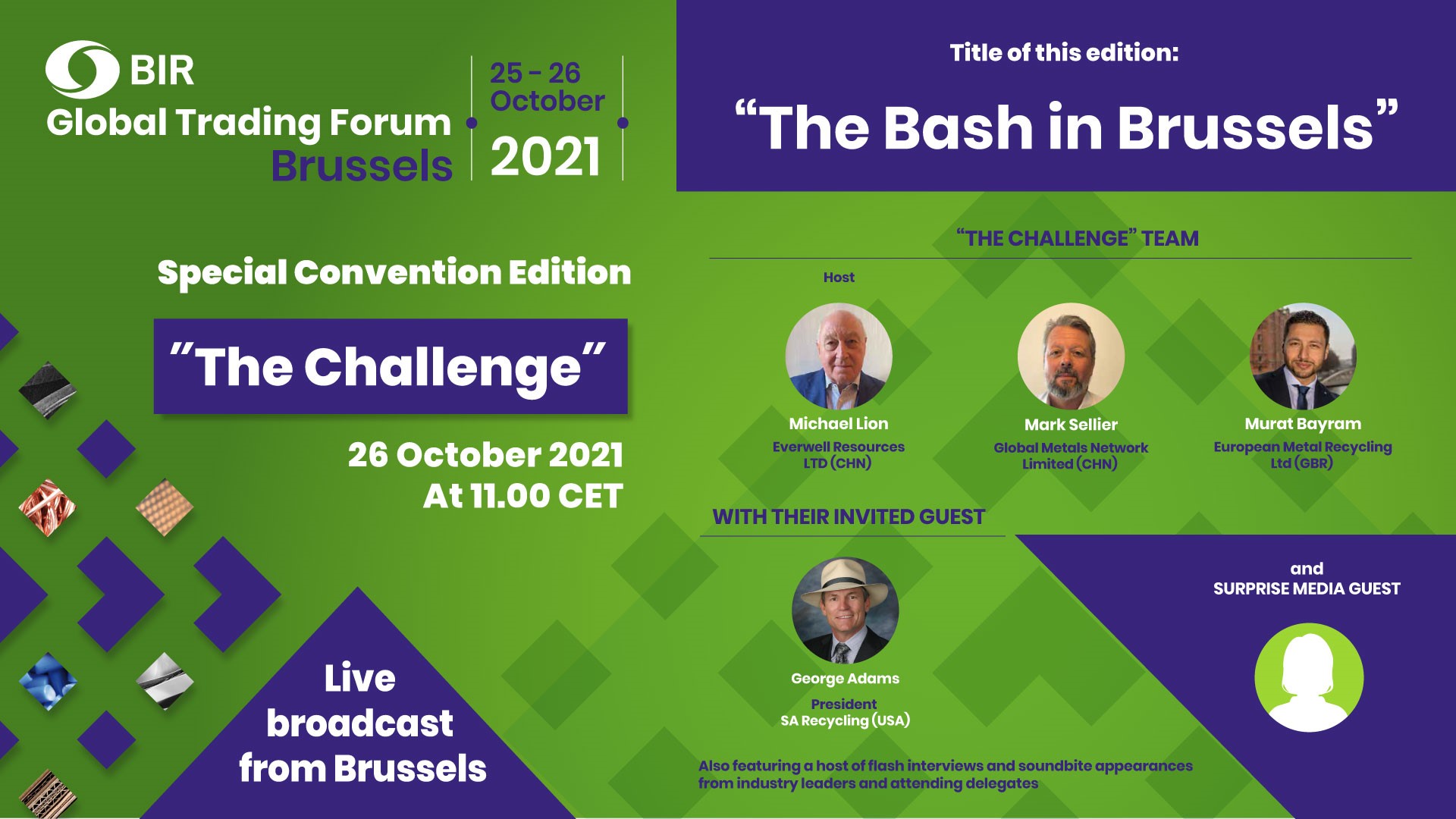 The heat is on, with less than three weeks until “The Bash in Brussels” and with registrations flooding in for our thrilling upcoming return to a live gathering.

The Three Amigos – host Michael Lion and co-anchor contributors Mark Sellier and Murat Bayram – are feverishly prepping for the signature special edition of The Challenge, which is featuring as front and center of the BIR Global Trading Forum.

The show, which will be live on site, with simultaneous web broadcast as well as playback, will feature The Amigos in conversation with invited guest, global industry leader George Adams, President of SA Recycling (USA), and that’s only the start of the action.  A surprise industry media guest’s take on the event will presage a panoply of “hot seat” flash sound bite samplings from both industry leaders and mainstream delegates, capturing the pizzaz and enthusiasm of our return to in-person networking, while also providing a sense and taste to those tuning in from afar.

Join us on this special edition of The Challenge on Tuesday 26th October at 11 am CET - for an extravaganza that’s not to be missed!