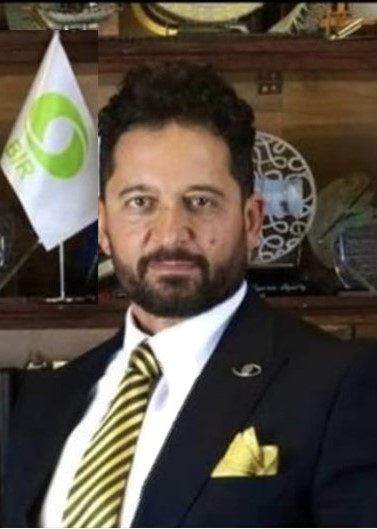 Today more than ever, and thanks in large part to energy prices sky-rocketing to levels not seen since 1973, the mainstream media have engaged with the concept of recycling once they came to learn about the four “R”s, namely Refuse, Reduce, Reuse and Recycle. Inflationary pressures are jeopardizing the economics of a range of sectors from transportation and construction to infrastructure and metal production, denting consumer confidence indexes across the board.

BIR’s recycling agenda aligns with that of last year’s COP26 summit in Glasgow, which binds the 200 countries concerned and which implies global concern - and hence a common objective - with regard to our industry. Our BIR President Tom Bird, Director General Arnaud Brunet and Founding President of the Global Recycling Foundation and BIR Past President Ranjit Singh Baxi took part in a series of broadcasts that paved the way for an awareness campaign, along with BIR Ambassadors who took leading positions at ground level and on social media.

March was an eventful month with Global Recycling Day awareness campaigns across the globe. Recycling awareness went viral in various regions through our Ambassadors’ engagement with stakeholders and media channels. Notably, BIR’s UK Ambassador Susie Burrage did a great job on social media promoting not only Global Recycling Day but also BIR’s Barcelona Convention in May this year, which will be our world association’s first full face-to-face conference after a gap of two and a half years. Meanwhile, our Hong Kong Ambassador Christine Chow has put forward a prospective new BIR member for ratification.

In the Middle East, BIR Ambassadors organized for 30 recycling yards in the UAE to hold up Global Recycling Day posters, with pictures backed by tree plantations and workforce groups. Sharif Metals Group had employees at four of its yards joining hands as part of an awareness push, including a tree-planting campaign which was highlighted on Global Recycling Day. Bahrain and Lebanon, as well as several cities, joined in this day of celebration.

My own participation in Dubai’s EXPO 2020, as tweeted on March 7 through the “Only One Earth” programme, highlighted the growing scarcity of natural resources and the imperative of adapting our lifestyles to assimilate the 4Rs. Furthermore, my participation in the sustainability session of the WOW3 conference on March 14 has enticed interest in joining BIR. As usual, contact details will be shared with the Membership Committee.

Returning to the subject of Global Recycling Day, BIR Ambassadors in India also organized several facility-based events, while our US West and East Coast Ambassadors Doug Kramer and Brian Shine promoted our world organization during their participation in the ISRI 2022 Convention and Exposition in Las Vegas, the first time this in-person event had been staged in two years. Such global participation is clear evidence of the recycling sector’s wholehearted solidarity.

Until we catch up with you in our next edition, let’s keep recycling.